Consumption of traditional indigenous preparations (IPs) comprising of herbal ingredients has been a dietary practice during pregnancy. In India, a similar practice for begetting a male child has gained popularity with time that reportedly contains phytoestrogen. In view of the potential harms caused, such as still births and congenital malformations and lack of genuine scientific evaluation of such IPs, the prevalent bioactives in them and their constituents collected from diverse geographical locations in India were evaluated for the chemical identities. The IPs were evaluated qualitatively for selected phytoestrogens (genistein, daidzein, formononetin and biochanin A), using thin layer chromatography (TLC) and reverse phase – high performance liquid chromatography (RP-HPLC) and quantified in case of positive presence. Presence of steroids was also checked through Liebermann-Burchard test. Of the 48 IPs collected from different Indian states, comprising mainly of four ingredients Shivalingi (Bryonia laciniosa), Majuphal (Quercus infectoria), Putrajeevak (Putranjiva roxburghii) and Nagkesar (Mesua ferrea), TLC chromatograms revealed the presence of phytoestrogens in more than half of the samples. Thirteen samples as well as the major ingredients of IPs exhibited peaks upon HPLC analysis with matching retention time; however their UV absorbance pattern did not match, possibly caused by ?max shift due to combinatorial effect. The characteristic UV maxima 250-260 nm, 270-280 nm and 310-330 nm, indicate that IPs contain phenolic compounds (flavones and isoflavones) which was revealed through the fingerprint chromatograms. Shivalingi was found to contain daidzein and genistein. Two thirds of the samples showed presence of steroids. Most of the IPs used for sex selection and their major ingredients contained phytoestrogen and steroids. Their consumption during pregnancy could be of importance in terms of safety to both mother and foetus.

Development of active/intelligent packaging and its application in food preservation. more details 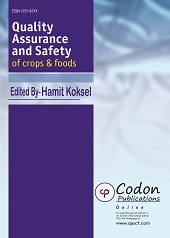 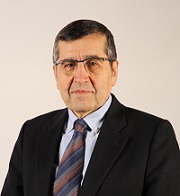